Coronavirus at Work: What Happens If Your Boss Won’t Let You Come In?

Businesses everywhere are facing the challenge of what to do in the event of an outbreak. The following article will explain how workers could be affected by some of their potential decisions.

These options might be on the table, as companies endeavor to prevent staff from potential exposure to COVID-19. Health officials are warning Americans that an outbreak is on the horizon.

A number of businesses have taken precautions already. Some have limited travel to unaffected countries. Others are forbidding travel to nations where the virus is prevalent. A lot of companies are asking employees to remain at home if they’ve recently returned from countries where large cases of coronavirus have been reported.

Read More: It’s Critical That All Students Have a Highlight Reel, Not Just Student Athletes

Eugenie Fanning, is the VP of People at SquareFoot, an online listings platform for businesses to find office space has this to say about what they’re doing to prepare. “Here at SquareFoot, we are taking a proactive approach in our plans to prepare. As we continue to monitor the situation we have implemented a few policies including a mandatory 10 business day work from home upon return from any country at a Level 2 or 3 warning as designated by the CDC, a suspension of all international business travel, tracking upcoming personal travel locations and dates, and of course, healthy habits.”

As new cases continue to be reported in America every day (and with the first reported fatality from the virus reported this past weekend), several workers have been asked to either work from home or adjust their routines.

The way you personally will be affected will be contingent on several aspects, which includes the area you’re situated in, and how generous your boss is. Business groups and labor lawyers have given some of their thoughts about what employees can expect. They also shed some light on what rights employees have.

What is currently being done by companies to prepare for coronavirus?

The situation continues to evolve while the virus spreads. Policies are getting revised every day so that employers can keep track of public health-related notices.

Employees are discouraged from coming to work when an illness is evident or if they have been outright exposed to COVID-19. However, in such cases, most American workers will not receive sick leave pay. For context, there are other developed nations that do.

What could I be asked to do by my boss?

If you traveled abroad recently, your boss may insist that you do not come to the workplace for about two weeks, which is the coronavirus’ incubation period. Those who have been in close proximity to people who have visited an infected area may also be asked to stay home.

New York’s biggest health system, Northwell Health, recently asked 16 of their staff members – which included eight clinicians unable to perform their jobs from home – to stay away from the workplace for two weeks. Each one of these employees had recently returned from a trip to China. The Chief People Officer and Senior VP of the company, Joseph Moscola, offered them a paid furlough.

These workers may be subjected to medical exams once the period of incubation comes to a close, regardless of how healthy they appear to be.

If I am asked to remain at home, will I still be paid?

The answer is contingent on the policies enforced by your company. With that said, most large companies are making sure that employees who are affected get compensated in some form or another.

Business Group on Health is a company that represents employers regarding benefits and healthcare matters. A February survey they took involving 48 large American companies revealed that employees who exhibited symptoms were asked to take emergency or sick leave. Those impacted by quarantines continue to work from home if they can.

However, employers in America have no obligations to pay many workers in such circumstances, which impacts the way some businesses – especially smaller employers – respond to the situation.

As regulated by federal law, hourly workers are only entitled to compensation for the period they worked for.

Managers, executives, and salaried workers usually (though not always) are paid when there is a disruption to the company, according to Mr. Deng. Employers that don’t pay for periods of quarantine usually allow staff to use personal days, sick time, vacation, and other variations of taking time off with pay – if such an option is available, to begin with.

Union workers are encouraged to read whatever their agreements were for collective bargaining. They may contain provisions that offer compensation during time off during an emergency.

If either I (or someone in my family) gets sick, what can I do?

Ultimately, everything comes down to how generous your employer is, according to labor experts. Employers aren’t federally required to offer sick leave with pay, no matter how extreme the situation is, natural disasters included.

Approximately 12 states and a number of cities – which include New York City, San Francisco, Washington, New Jersey, Michigan, and California – offer sick leave with pay to most workers, which usually includes staff that work part-time.

However, the amount these people will receive for sick leave varies. The specific amount is usually contingent on how big the company is, as well as the tenure of an employee. Such policies generally extend to the employee’s family members, too.

If an employee takes a long time to recover or falls seriously ill, they could qualify for unpaid leave, as per the federal Family and Medical Leave Act.

However, this act does not cover approximately 40% of staff. Such employees may also qualify for benefits pertaining to short-term disabilities based on either staff requirements or workplace insurance.

What rights do I have if I have concerns about coming to work?

This question is commonly asked, especially since it applies to just about everyone who has a job. The fear is validated – what if an employee were to touch an elevator button or subway pole that an infected person also touched?

The right to work in a workplace that is safe is what every employee should have, and employers are encouraged to enforce neutral policies which keep everyone protected equally.

However, if someone who is pregnant, for instance, were considered to be a great risk, and a statement was released by the government that pregnant women should be very precautious, then employers would have to adhere to their government’s instructions.

An employee could be asked to perform their work duties from home. This isn’t an option for everyone, though, such as salespeople and retail clerks. They would likely have to take a sick day or use up vacation days, if they even have such options.

Do I have to put a mask on my face if my employer asks me to?

If you come to work and find medical masks and Purell dispensers on the table, and your employer insists that you put on one of those masks, they are legally obligated to show you how to wear one. Some conflicts can arise in such situations – a number of employees could have medical issues that may worsen by putting a mask on.

Rather, businesses could make masks available, but they won’t force employees to strap one on.

If someone at work is infected, will my boss let me know?

According to the CDC, if someone at the workplace has a confirmed infection, employers are encouraged to tell their staff that they could have faced exposure to COVID-19.

However, they will not tell you the infected individual’s name – thanks to federal law, those who are sick are granted confidentiality, which must be maintained by an employer.

Mario DeAlmeida is the Director of SEO at SquareFoot 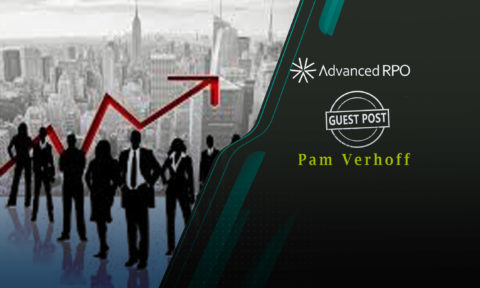 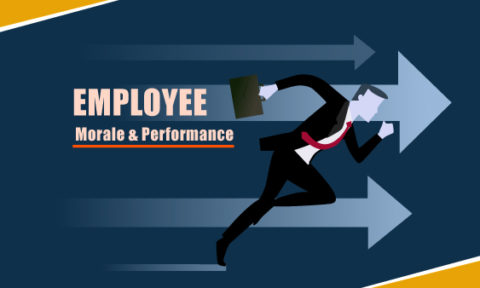 Alignment Paves the Way to Employee Morale and Performance